Come visit the Canadian War Museum on Sunday, February 8th at 2pm to see the Regimental Band of the Governor General’s Foot Guards perform its annual family concert. The performance by the Regimental Band of Canada’s senior Reserve Infantry unit will feature a mix of traditional, military, and concert band music. The concert is a great way to spend an afternoon with the family and introduce children to the magical world of live music.

The Regimental Band of the Governor General’s Foot Guards was established in 1872. Its inception coincides the formation of the Regiment, Canada’s senior Infantry Reserve Unit. Through many appearances at state and military functions in the National Capital Region, the Band has become one of the most recognized military bands in Canada. The 35-piece brass and reed band has performed for every Canadian Governor General since 1872. All musicians in the band are members of the Canadian Armed Forces Primary Reserve. Easily identifiable by their iconic scarlet tunics and bearskin caps, the Band serve as a symbol of dedication to duty and military excellence.

Lieutenant-Colonel Chilton-MacKay, musical director of the band, has selected a repertoire designed for family enjoyment. This year’s concert features selection from the 2013 animated smash-hit Frozen. In celebration of the festivities, children are encouraged to dress up as their favourite Frozen character. Little Elsas and Annas will be invited to sing along in a children’s choir as the band performs musical adaptations from the film.

Following the Frozen events, children are invited to learn basic military drill and marching patterns so they can participate in the concert’s finale. To the strains of the classic “Colonel Bogey March,” children can show off their marching skills as the audience and proud parents look on. These interactive elements will provide kids with lasting memories.

The concert is free with museum admission, so don’t miss the chance to enjoy a great concert by the accomplished Regimental Band, and introduce your children to our proud military history chronicled at the Canadian War Museum. 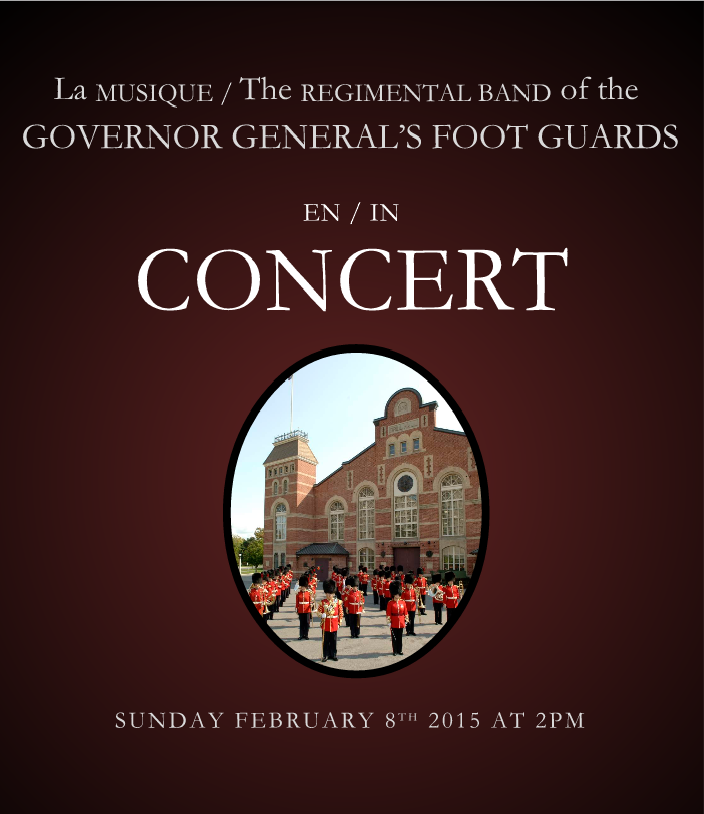