You are here: Home › Culture › What To Do In Ottawa: Victoria Day Weekend Edition

As if not getting any snow for the last two weeks was a miracle in itself, let’s take a moment and appreciate her grace Queen Victoria for the federal holiday on Monday. From the opening weekend of the Ottawa Champions to the 30th birthday celebrations of the National Art Gallery, there are tons of things happening on Victoria Day weekend here in Canada’s Capital – let’s jump right in!

After eight long months without baseball in the nation’s capital, it’s back and in full swing this weekend with opening festivities beginning Friday night at Raymond Chabot Grant Thorton Park.

Last year, the Champs weren’t able to capture the league trophy as they did in 2016. But with the re-signing of veterans Steve Borkowski, Steve Brown and Sebastian Boucher, one can’t help but wonder if the Champs are trying to get the band back together again.

Watch Mayor Jim Watson throw the first ceremonial pitch of the season followed up by a hype video celebrating the history of baseball in Ottawa.

Did we mention it’s $5 beer night?

Cap off your Saturday night with fireworks and face painting – we’re not going to judge, but better to bring the little ones for the latter – it’s Ontario Little League Night and kids who show up in their uniforms get in for free.

It’s family day! What better way to spend the day than taking the family out to the ball game. There will be face painting, jump houses and a rock climbing wall. And don’t worry parents – your kids can run the bases after the game. We’re tuckered out just thinking about it.

It’s a bird, it’s a plane, it’s SUPERHERO day! You can catch your favourite caped crusaders around the park and while you’re at it, get your face painted too. Looking for something to do with the little ones after the game? Have them run the bases and work off all that cotton candy they just devoured.

The Art of the Brick 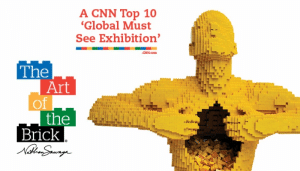 With the forecast trending towards a rainy day, what better way to spend the afternoon at the Museum of Science and Tech? Critically acclaimed American artist Nathan Sawaya and his ART OF THE BRICK exhibition are in town – think 3D sculptures and large-scale mosaics, made out of Lego. Or better yet, check out some of his work.

As always, children 2 and under get in for free. Find out more about the exhibit and ticket prices here. 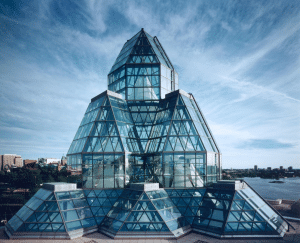 The National Art Gallery is turning 30! As a thank you to the community and in part with International Museum Day, the gallery will be offering free admission to the national collection and a free, guided Architecture Tour that will showcase the building’s architectural elements. There’s a maximum of 25 participants per tour, so make sure to get there early.

Speaking of getting there early – did we mention there’s going to be birthday cake? Get to the Great Hall at 1 P.M. to have your cake, and eat it too. 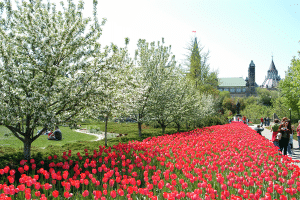 A staple of the May long weekend and Ottawa in the spring, the Tulip Festival is the world’s largest tulip festival that attracts over 500,000 visitors every year. The festival first began in 1953 after Princess Juliana from the Dutch Royal Family escaped the Netherlands during the Nazi invasion and stayed in Ottawa.

Gracious for the Canadians hospitality, she presented over 100,000 tulips to be planted on Ottawa soil. As the tulips and bond between the Netherlands and Canada bloomed, the tourist attraction that we hold dear to our hearts became a reality.