Come down to City Hall on Sunday, February 7, to enjoy the sounds of the Regimental Band of the Governor General’s Foot Guards. It’s a great way to escape from the cold and delight your ears with a programme of military, concert, and popular music. This year’s edition of the popular annual concert is an official Winterlude event, and will be performed in the hallowed  Council Chambers at Ottawa City Hall. It’s a great way to spend the afternoon with the family and introduce the younger generation to the wonder of live music.

The Regimental Band of the Governor General’s Foot Guards was established in 1872. Its inception coincides the formation of the Regiment, Canada’s senior Infantry Reserve Unit. Through many appearances at state and military functions in the National Capital Region, the Band has become one of the most recognized military bands in Canada. The 35-piece brass and reed band has performed for every Canadian Governor General since 1872! All musicians in the band are members of the Canadian Armed Forces Primary Reserve. Easily identifiable by their iconic scarlet tunics and bearskin caps, the Band serve as a symbol of dedication to duty and military excellence.

This year’s concert features arrangements of music from film and television, include Band of Brothers, the James Bond series, and even the ever-popular Star Wars franchise. Don’t tell anyone I told you, but you may just spot a few “special guests” present to help awaken “The Force” in the audience. Why encourage your kids to dress up as their best Luke, Leia, Han, or even Chewie for the day? 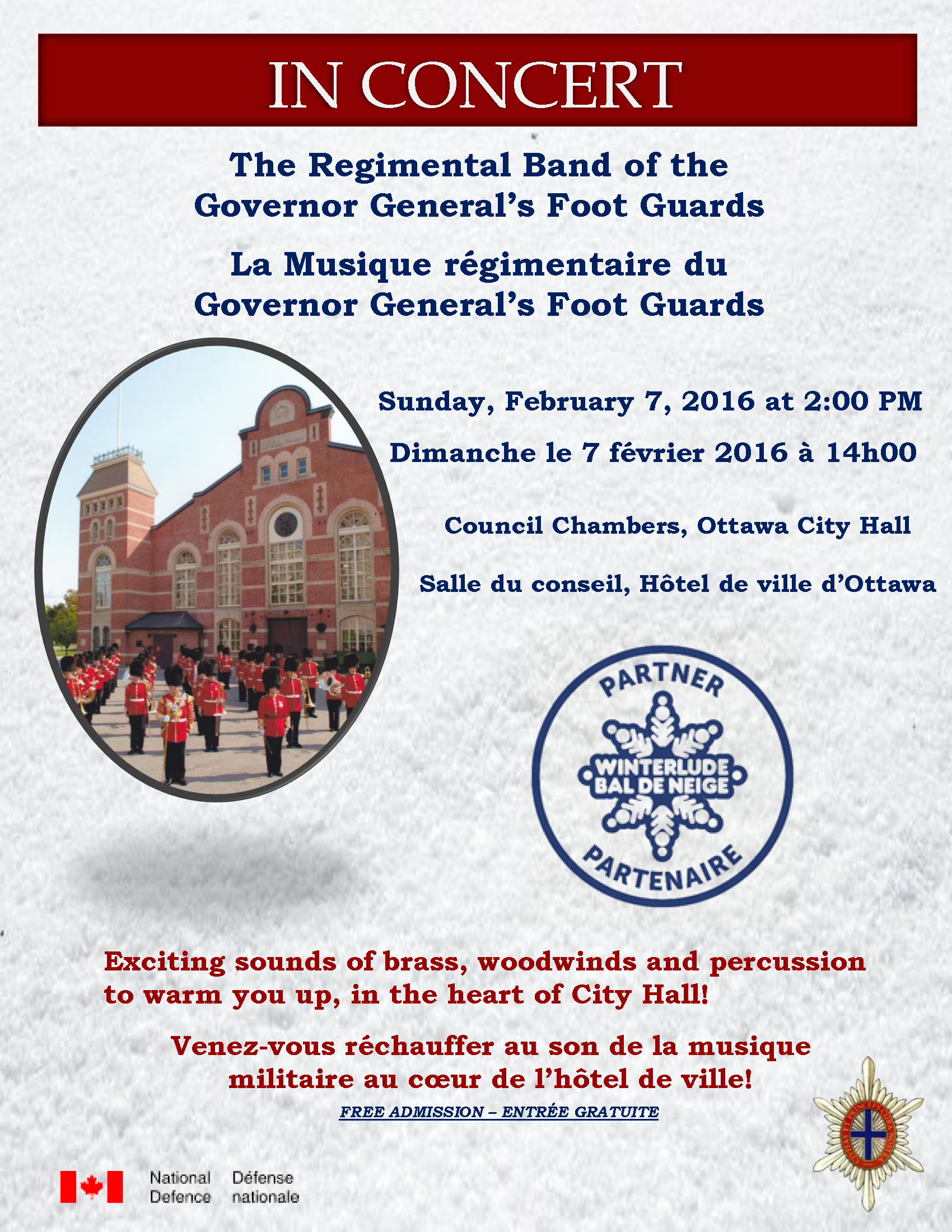