You are here: Home › Entertainment › 5 Must-See Performances of Bluesfest 2018

With the announcement of the 2018 RBC Ottawa Bluesfest lineup, there’s all sorts of reasons to get excited for what is sure to be a summer to remember! With one of the most diverse and multi-generational collections of performers signed on to entertain at LeBreton Flats in July, it can be a bit overwhelming to figure out who you might want to see most! To make things a little easier, we’ve come up with some picks for some of the must-see performances of Bluesfest 2018. 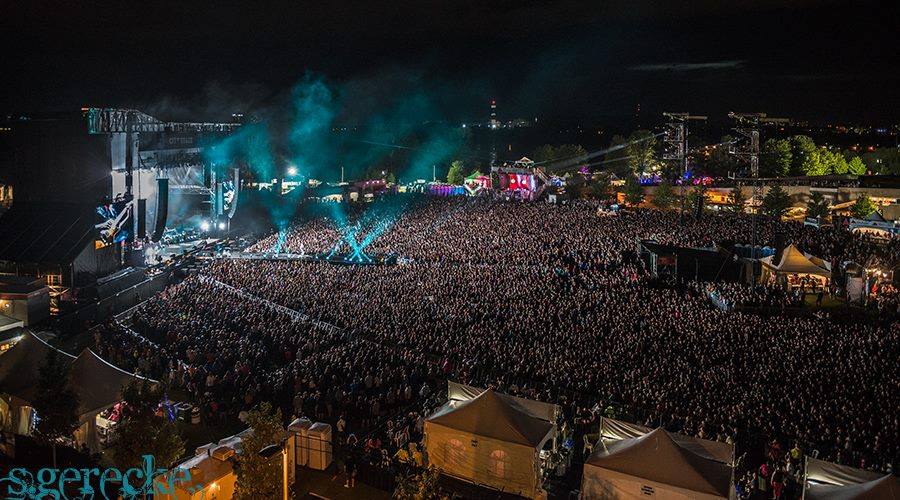 The War on Drugs

There’s not really enough we can say about The War on Drugs, the producers of lush, dreamy tracks that echo the sentiment of Bob Dylan, Gordon Lightfoot, and even a tinge of 80’s synth nostalgia. We recently included their latest release, “A Deeper Understanding” as one of 2017’s must-hear albums, and it’s fitting that we can’t wait for their performance at Bluesfest 2018! Expect a musical escape with long, layered performances and plenty of swaying in the audience.

As one of the headlining acts of Bluesfest 2018 with an industry-leading reputation for incredible musical ability, we couldn’t leave Foo Fighters off this list. Dave Grohl and company take charge of their sound and artistic direction on their latest album, “Concrete and Gold”, and you’re sure to experience a deep, powerful performance when they take to the stage this July in Ottawa. For a modern twist on the classic rock sound, look no further.

If you’re looking for something as unique as Bjork’s earth-shattering Bluesfest 2013 performance (one of the most iconic in the festival’s history that truly had to be seen to be believed), then be sure to pencil in some time to catch Beck at this year’s iteration of Bluesfest. A multi-talented musical genius with a staggering range of masterful skills in many instruments including his velvety voice, he is sure to bring an artistic renaissance of sorts to Ottawa this July. Hot on the heels of his latest album, “Colors”, his performance will surely leave attendees dancing into the wee hours.

A Canadian icon and national musical treasure, the one and only Bryan Adams is coming to Ottawa this summer for what is sure to be a nostalgia trip for not only those who remember the summer of ’69, but also those who have discovered his mega-hits in recent years. With such powerful, timeless tracks as Run to You and Heaven, fans of all ages will find an experience to remember when he takes to the stage this summer at LeBreton Flats.

For an alternative escape to a mellow landscape, Sturgill Simpson’s performance at Bluesfest 2018 is not one to be missed. With detailed string acoustic arrangements coupled with luxurious vocal ability, this Grammy award-winning roots rock singer is bound to leave a lasting impression. Expect one of the most intimate and memorable shows of the festival here – perfect for date night!

RBC Ottawa Bluesfest 2018 is looking like a fascinating blend of country, alt-rock, mellow instrumentalism, and memorable performances that are sure to inspire. With so many talented and must-see performers, we found it hard to narrow our top picks down to five. Hopefully this list will help you get started on narrowing down your own picks to see this summer! Visit the Bluesfest website to learn more. The pre-sale begins on February 15th!